Unfortunately disaster strikes almost instantly. My favourite guy with the hammer did not survive an undercoating of Army Painter Uniform Grey. Guess I was too heavy handed most of the detail was obliterated as can be seen in the photo. 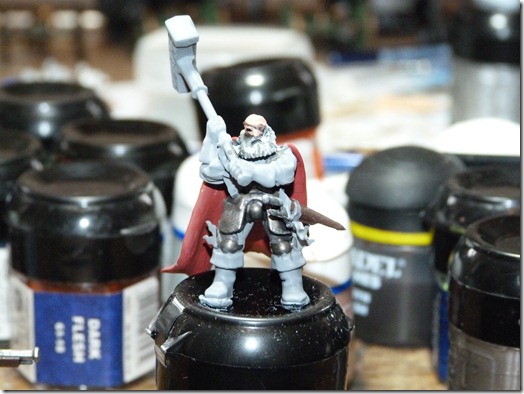 I attempted a rescue job but he was just too stubborn.
That had been a straight undercoat of Uniform Grey for  the next test piece a hand gunner (somebody who can be hidden in the rank and file – lesson learned) a Citadel Chaos Black coat was applied before the Uniform Grey which was used sparingly. So far ok, next post should see him finished and details of his paint scheme… 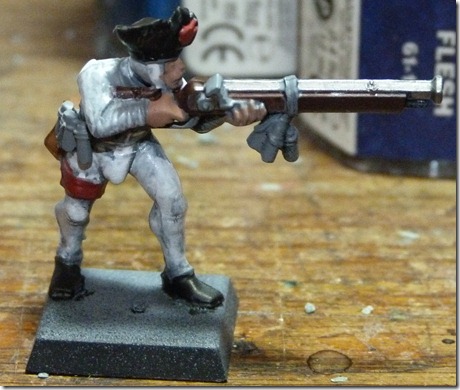 What I’m Working on Now… 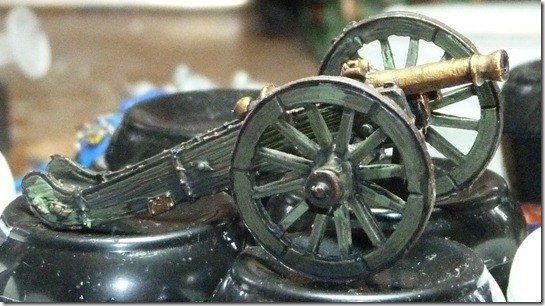