If something worth doing then you can trust me to do it to death! Only a mere 15﻿ months or so after purchasing the rules I have finally got round to painting up some minis for Donnybrook. Naturally they're my favourite French Protestant exiles. 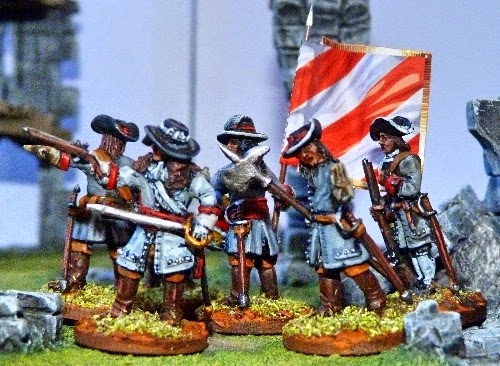 The intention is to have a squ﻿ad of dismounted cavalry, some grenadiers and a few infantry from each of the foot regiments. 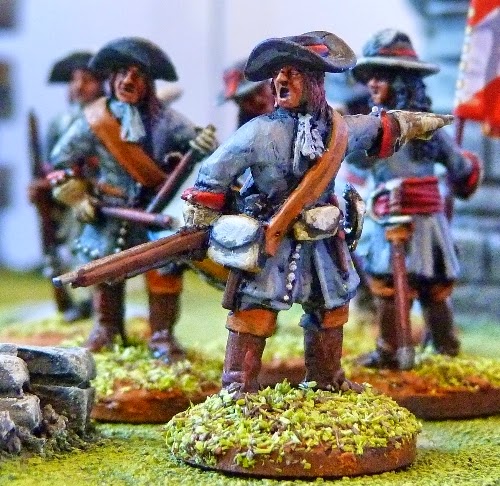 There may even be some special rules for these chaps to reflect their character. I'm thinking more Dumas than anything close to reality. 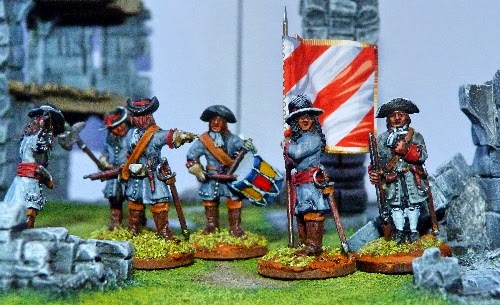 Of course they'll need some opposition.
﻿

All figures are Warfare and the ruins a centre piece from Adrian's Walls.

Somewhere else on the Eastern Front

The second game of the FoW foray. This time the Wehrmacht were defending a rail junction.

Once again the T-34s assaulted a position defended by German tanks.

Once more they didn't get far but had some success against some Panzer IVs.

The Soviet artillery, both rocket and guns, had fun messing up the parked German vehicles. 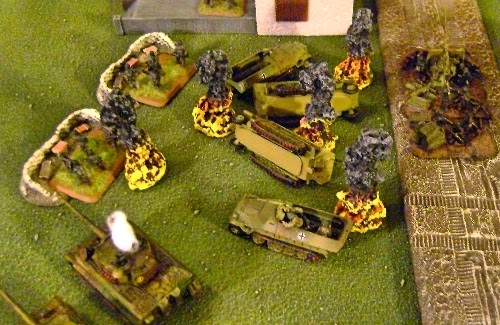 And eventually the tenacity and numbers of the Soviets told and a section of smg infantry took the junction. 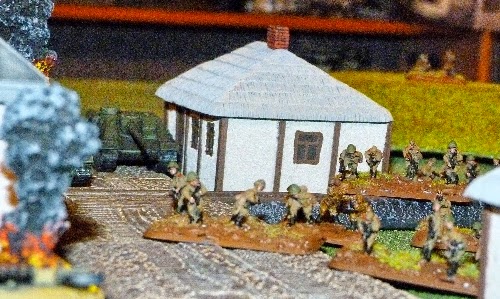 German morale broke and the Soviets were left victorious. 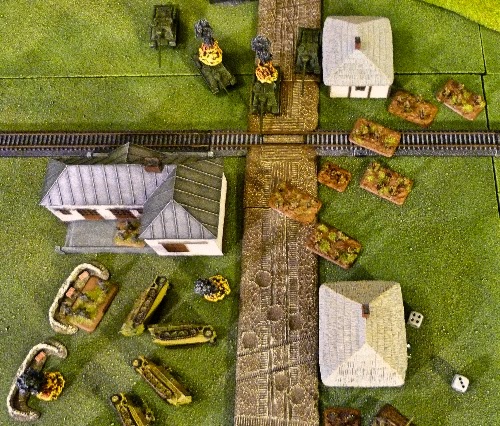